Young families: Considerations for staying at home versus working

Having a child changes everything about a family. And it’s exciting to think about all the new life experiences you’ll have with your little one in tow.

Staying At Home Versus Working

That new bundle of joy – who is sure to enrich your life – also comes with a very hefty price tag. New parents have many financial decisions to make right from the start. One thing to consider includes whether a parent should stay at home or return to work after a child is born.

The cost of child care

Everyone knows that child care isn’t cheap. But the majority of working parents who start a family (70 percent) say the high cost of child care is the expense that surprises them the most.3 The most expensive place in the U.S. when it comes to child care is Washington, D.C., with costs coming in at $22,631 a year. Conversely, the least expensive state for child care is Mississippi at $4,822 a year.2

Some mothers and fathers decide to stay at home after doing a cost/benefit comparison of the income earned to the cost of child care. The U.S. government defines affordable child care as being no more than 7 percent of a family’s household income. However, most Americans pay more than that; in fact, more than 40 percent pay 15 percent, more than twice the recommended amount.3

The cost of staying at home

Being able to be the primary nurturing force in your child’s life can be incredibly satisfying — for you and your child. Seeing them take their first steps, being there when they say their first words, and taking them to kid-friendly places midweek (minus the big crowds) are experiences you’ll never forget.

That said, staying at home can have short- and long-term financial implications that might not immediately be obvious. In the short term, you’ll have to adjust to living on just one income. In the long term, the parent who’s giving up their paycheck may also be missing out on raises and employee benefits such as 401(k) employer contributions and retirement savings.

For example, let’s say a 26-year-old mother who makes approximately $44,000 a year takes 12 months off of work to stay at home with her baby. Not only is she out a year’s salary, she’s also out more than $64,000 in cumulative wage growth and almost $53,000 in retirement assets and benefits that compound over time.4 Her total loss for one year of not working amounts to a little over $160,000.

Also, when you’re caring for little ones at home, it’s easy to put your retirement planning on the backburner. (It seems light-years away, right?) However, even though it may not be top of mind, it’s something you need to address now. Your spouse is the one with the paying job — but that doesn’t mean you should be relying on just him or her to sock away savings for retirement. In fact, your spouse can open a spousal IRA for you. As of 2019, if you’re under 50 years old, your spouse can contribute up to $6,000 annually to the IRA.5 Be sure your spouse takes advantage of all the benefits their employer may offer.

Let’s say you and your spouse decide that you’ll return to your job — or one like it — after your little one(s) starts school. You’re not alone in your desire to return to the working world. Research shows that among U.S. women who are currently on a career hiatus, more than 3 million of them hope to return to work.6

That’s all well and good, but keep in mind that it can be a challenge — for both men and women — to re-enter the workforce after being absent from it for a number of years. In the four or five years you’ve been gone, new systems and operating models, technologies, and people have replaced the old. So it can be difficult to return to the same job at the same level as when you left.

On top of that, there can be a bias toward parents who are trying to return to work. A study shows that stay-at-home parents — with the same experience and amount of time being absent from the workplace as laid-off workers — were half as likely to get an interview.7 This may indicate that employers are worried that a candidate will leave work again or have a hard time making the transition back to work.

To help ease a person’s transition back into the working world, some companies offer returnships, in which individuals are hired by an organization that offers mentoring and training for a set amount of time. This helps the candidate gain skills, confidence, and connections while allowing the employer to evaluate his or her performance.6

Many of these returnships turn into success stories. For example, 82 percent of people who participate in the nonprofit Path Forward — which connects returners and companies — are hired after their returnships.6

Tech-savvy millennials also have a traditional streak — and it shows in how many of them are deciding to raise their children while also working from home. And they’re happy to do it. Nearly 60 percent of millennial mothers working from home would prefer having a home office than commuting someplace else. The time and energy you save can be spent with your little one(s). This ability for flexibility is a top reason (90 percent) why millennial moms work from home.8

If you’re on the fence as to whether to return to work (either at an off-site or home office) or take an extended time off, be sure to count all the costs. You want to be sure this new transition works for you and your family — now and in the long run.

How much should you save for retirement?

Use our calculator to find out.

2. Im, Jimmy, “Americans are having fewer kids because it’s too expensive — here’s how much child care costs in every state,” CNBC, July 9, 2018.

4. Kingo, Audrey Goodson, “This Calculator Tells You Exactly How Much Money You Lose When You Stay Home with Your Kids,” Working Mother, January 25, 2019.

How distance learning can impact the family

Mind the GAP: When to consider guaranteed asset protection for your loan 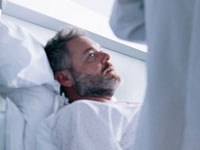 Learning to cope with a critical illness 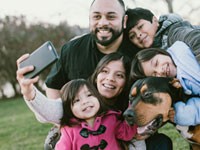 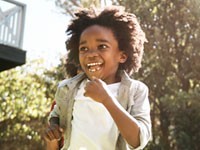