In 1984, Bob Sylvester gave up his marriage, his political ambitions and investment banking lifestyle to become Susan Kimberly.

Securian Financial’s Pride employee resource group hosted Kimberly for a virtual discussion in honor of Transgender Day of Visibility. The day recognizes the contributions and resilience of people within the transgender, non-binary and gender diverse communities.

Kimberly shared her transition story — from growing up as a boy in the 1950s to having the strength to begin transitioning to a female in the 1980s. She calls herself the “former practically everything” in St. Paul government, having held many roles serving the city through politics and shaping public policies.

“I came to realize that one’s own true nature isn’t really a dream,” she said. “It’s a compelling force that has to be reckoned with.”

But even after transitioning, Kimberly said life wasn’t necessarily easier.

“I didn’t have to pretend anymore, but there were new things I had to deal with as a woman, like glass ceilings, dirty jokes, diminished economic circumstances, and the fact that people didn’t listen to me the way they did when I was Bob.”

Several questions from the audience centered on resources and support for people in the transgender community.

Particularly for youth who may be struggling to understand their identity, Kimberly suggested, “Don’t try to do this alone. Get a friend, family member, counselor or transgender community member to help. The important thing is to be yourself. Find what fits and be it with your whole heart. The hardest step is the first step, and the greatest gift you can give as a parent is to just say it’s OK.”

For those who want to be allies of the transgender community, Kimberly simply offered, “Learn about it. You can Google anything, so check it out. The important thing is [being transgender] is not a phenomenon; it’s just one more circumstance in life, so accept it and support it to the greatest extent possible.”

Kimberly noted that even though these are some of the hardest times the transgender community has faced, we’re making progress with transgender rights.

“So, it’s extraordinary we’ve had this conversation under these circumstances and in association with a large company in Minnesota,” she said. “This wouldn’t have happened when I first came out. It reflects the fact that as hard as it’s been, we’ve come a long way. You all should pat yourselves and your employer on the back. I’ve been honored to be part of the process.”

Our Pride employee resource group supports Securian Financial employees who are lesbian, gay, bisexual, transgender, queer or allies of the LGBTQ+ community. Its mission is to support LGBTQ+ employees, educate on relevant issues and promote our company’s culture of diversity, equity and inclusion. The goals of Pride at Securian are to:

Learn more about all employee resource groups at Securian Financial.

D&I in action at Securian Financial

We’re committed to creating a diverse, inclusive culture where everyone feels they matter.

See examples of our words in action 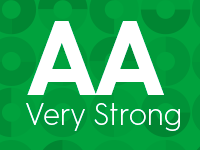 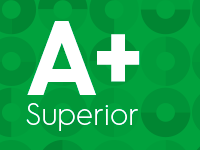 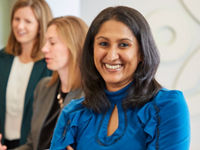