“Diversity is being invited to the party. Inclusion is being asked to dance. Now it’s time to change the music. What music do we need so everybody can succeed?”

That’s Isaias Zamarripa’s challenge to companies as they strive to make diversity and inclusion authentic components of their cultures.

As vice president of the diversity talent acquisition strategy at The Kaleidoscope Group, a diversity and inclusion consulting firm, Zamarripa helps companies diversify and transform their talent pipelines. He also has deep experience developing employee resource groups to attract and retain talent and drive ROI.

Zamarripa spoke at Securian Financial recently to help us honor National Hispanic Heritage Month, which runs September 15-October 15. His message focused on the importance of developing a diverse talent pipeline, why organizations struggle with diversity and inclusion, and how they can improve.

According to the U.S. Bureau of Labor Statistics, the nation’s workforce is becoming more and more diverse. In particular, the Hispanic share of the U.S. labor force is projected to increase more than any race or ethnic group by 2026.1

Statistics like this illuminate the need for companies to diversify their pipeline of employees — at all skill levels — so they can be ready for these workforce composition shifts.

When recruiting candidates for open positions, Zamarripa noted companies should consider their needs for the jobs they have today, the jobs they’ll have tomorrow and the jobs they’ll have in the future. This forward-thinking approach, he said, can help companies “embrace diverse populations that will be catalysts for economic growth and the next sources of intellectual capital.”

In a nutshell, recruiting for diversity helps build a more resilient company.

Why is it so challenging?

But recruiting is only one component of the multi-faceted diversity and inclusion challenge. Zamarripa noted that at the core of why companies struggle to build an authentically diverse and inclusive culture are what he calls the three Cs of diversity:

“Often, companies have good intentions,” he explained. “They bring in people with different backgrounds and cultures, but then they want to treat everyone the same once they’re there. That is not inclusive. The goal is to allow for different perspectives and allow people to be themselves while creating equity.”

When companies do this — when they “change the music so everyone can dance” — he said, true change and innovation happen, and everyone benefits.

As with most cultural transformations, diversity and inclusion are ongoing, conscious commitments. Zamarripa offered several ideas to help guide companies.

Meet people where they are

Zamarripa explained that meeting people where they are means engaging them in various ways and places to help them feel relaxed. When it comes to recruiting for diverse talent, develop relationships with schools and professional groups with diverse populations, he suggested. When it comes to internal efforts, understand that people identify with their culture in varying degrees.

For example, he explained some Latinos fully embrace their identity, others fully deny it, and others are in between — they embrace being Latino but don’t speak Spanish, for example — or, they have returned to their Latin American roots as adults.

Give others a chance

Zamarripa noted that one of the most impactful efforts toward developing a diverse workforce is coaching management to give others a chance.

“Offer stretch assignments to grow the talent pipeline,” he said, “so that the next person in line doesn’t look just like the person before them.”

Similarly, he continued, “Diverse employees need to show managers that they’re competent. Raise your hand for new projects, push yourself outside your comfort zone and show you’re willing to do the work.”

The Securian Diversity Network hosted Mr. Zamarripa and invited all Securian Financial employees to attend. The network is one of the company’s five employee resource groups, which are open to all and promote collaboration among employees with diverse backgrounds, perspectives and experiences.

The Hispanic culture uses several identity terms. There are nuanced meanings to each, and acceptance varies between people. When in doubt – ask! Here’s what some of them mean:

3. Steinmetz, Katy. “Why 'Latinx' Is Succeeding While Other Gender-Neutral Terms Fail to Catch On,” Time, April 2, 2018.

Fuel up: Mentoring helps women and people of color propel their careers  (article with video) 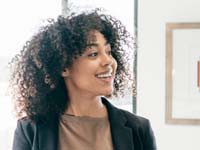 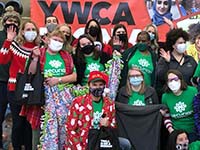